When Ireland moved to Guernsey in 1939 one of his homes was in the district of St Martin’s, where he rented a house called ‘Woodside’, set on Blanche Pierre Lane, which sits between the village centre and the sea. 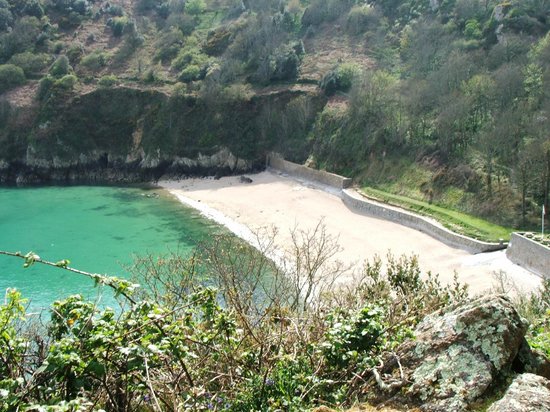 In one direction Ireland could walk to the dramatic coastline at Fermain Bay. Going the other way, a short daily walk took him to St Martin’s Church, which held great appeal for the composer for its bringing together of Christian and pagan worship. The church stands on the site of an ancient tomb-shrine, below which emerge two springs. A famous megalith stands outside the church, going by the name of La Gran’mère du Chimquière. This dates from around 2000BC, and historically has seen many offerings from parishioners in search of medical cures or to ensure fertility.