This single small photograph of Ireland at St Luke’s has huge significance, given the close (and in some cases lifelong) associations of the composer with the people captured in it. This is the eleventh in a series of short blogs uncovering the personalities behind the faces.

The little boy stood behind and to the left of John Ireland is Charlie Markes (1900–86), whose careful guarding of this photograph makes it possible to write about the choir in 1913. Two choristers had particularly close relationships with their choir director. One was Bobby Glassby, the other Charlie Market.

Charles Stafford Markes was born on 1 July 1900 in Pimlico. His Uncle Victor was a chorister at Southwark Cathedral and took on the task of educating his nephew musically. At the age of 8 he auditioned for Ireland and was accepted into the choir, staying there until his voice broke in around 1915. Charlie became leader of the Cantoris side in about 1913. In this photograph, then, he appears as a senior, valued member of the choir. Markes also became a private piano pupil, taking his lessons with Ireland at his then home in Elm Park Mansions, Chelsea.

After this point he studied organ with Stuart Archer at the Curzon Street Church of Christ the Scientist, before assuming duties as helper to Ireland. Their initial friendship lasted from 1908 to 1920. Ireland used Markes, an excellent musician and brilliant sight-reader, as a trusted person to look at and listen to his music, and to pass comment. He wrote to him often, mainly concerning domestic matters, and they shared an intense friendship, often dining together at The Greyfriars, behind South Kensington station, or The Queen’s, Sloane Square. The two, who had been so close, fell out by accident in 1920. Markes was called up in 1918, and on being demobilized in 1919 turned to light music as a source of income. His first big break was a stint at the Palladium and a tour with ‘The Rockets’. One day Markes was passed in the street by Ireland, and perceived that he had been snubbed for his move into this different musical world. In fact, Ireland was oblivious to this, and the estrangement was merely a case of misunderstanding. In any case, this disdain would have been unlikely, given the composer’s own background as a pianist at smoking concerts. Markes then joined the team of artists that made up the Co-Optimists, a highly successful variety revue that toured the UK and Australia. He married and returned to London in 1929. Ireland was by now at the height of his fame and their paths did not cross – or maybe it was simply that they now led separate lives and had temporarily forgotten one another. They met again in 1948 and immediately resumed their close friendship, Markes then going on to work on Ireland’s music, helping with the preparation of scores for publication, including the orchestral overture, Satyricon (1944).

On this day in 1918 the young Yorkshire composer William Baines rehearsed Ireland’s recent Second Violin Sonata with a ‘Miss Tuff’. 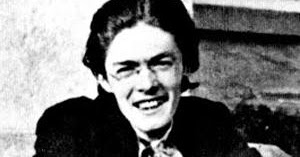 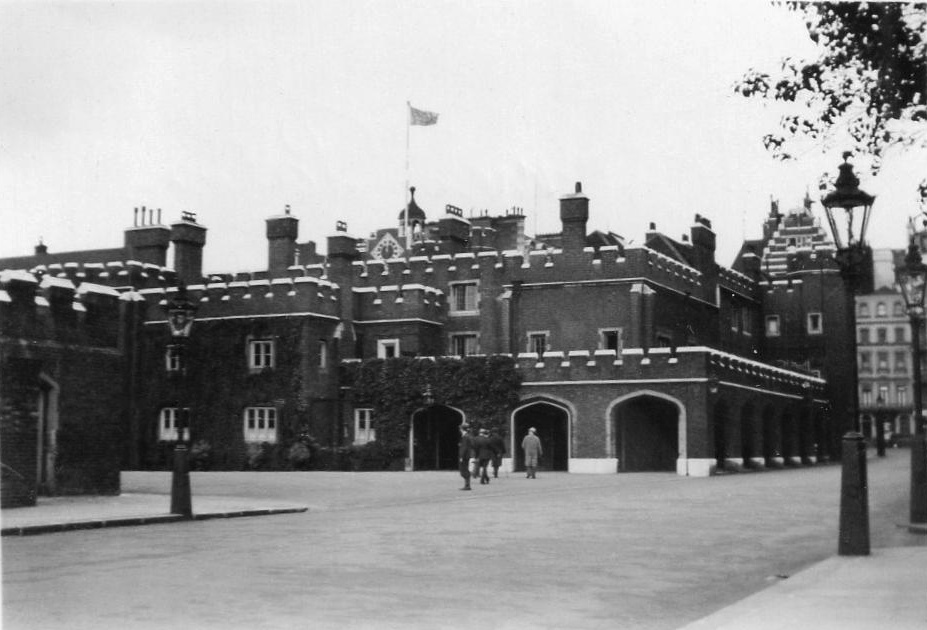 On this day in 1938 Ireland’s mighty choral work, These Things Shall Be, was performed by the students of the RAM at Duke’s Hall. Ernest Read conducted, with Edward Crowther taking the tenor role. A surviving programme from this event shows a distinguished crowd of musicians in the RAM orchestra, including Dennis Brain, Reginald Kell and Gareth Morris.

John Ireland’s first address in Chelsea was 43 Markham Square, off King’s Road and very close to Holy Trinity Church on Sloane Street, where he was organist from 1897.

The lovely terraces of Markham Square date from 1836, when the square was constructed on the site of an old orchard, retaining communal gardens.

1921, the village was not only an exquisite one, but also one inhabited and visited by artists and writers. Arnold Bennett and family stayed in Box Tree Cottage for several weeks on an extended holiday, this property the home of artist Fred Stratton. Fred’s son Hilary Byfield Stratton (1906–85) went on to become a well-known sculptor. A distant link with the world of John Ireland emerges here, in that this Stratton was married in Chelsea Old Church in 1937, to Billie Despard, an artist’s model. Stratton was Eric Gill’s assistant, working with him in South Harting in West Sussex in 1919, on a memorial obelisk following WWI (shown right).

Another Amberley artist was Gerald Burn (1862–1945), an etcher and engraver. His home was in Penny Hill, with attached studio. Many of Burn’s works take Sussex as their focus, for example his representation of the lovely Stopham Bridge (below).

Predating these two artists, Edward Stott (1859-1918), settled in Amberley after studying in Paris. Stott left many wonderful paintings, but also played an important role in the preservation of Amberley’s thatched cottages.

The immensely talented and individual violinist Fred Grinke was a wonderful advocate of English music, known for his association with John Ireland. He played both of the composer’s violin sonatas on many occasions, as well as the three piano trios. One regular accompanist was Dorothy Manley, shown left.

A series of reviews collected by the young Grinke, undated, as seen below, make mention of the Second Violin Sonata in A minor in particular. The regular partnership of Grinke and Manley is praised for its ‘smoothness of ensemble’, and Ireland’s sonata is widely considered to bring out Grinke’s depth of feeling. One commentator sees this piece as showing this violinist to ‘outstanding advantage’ in the long, sweeping phrases of the second movement.

In Cheltenham on 6 July 1950 a delightful concert of British music included works by William Alwyn, Vaughan Williams and John Ireland. For Vaughan Williams, it was the occasion of the 100th performance of his magnificent Symphony no.6. For Alwyn, it saw the premiere of his Symphony in D. And for Ireland, it was another outing for his ‘brilliant, witty, and beautiful’ overture Satyricon. The performers at the festival were Sir John Barbirolli and the Hallé Orchestra. 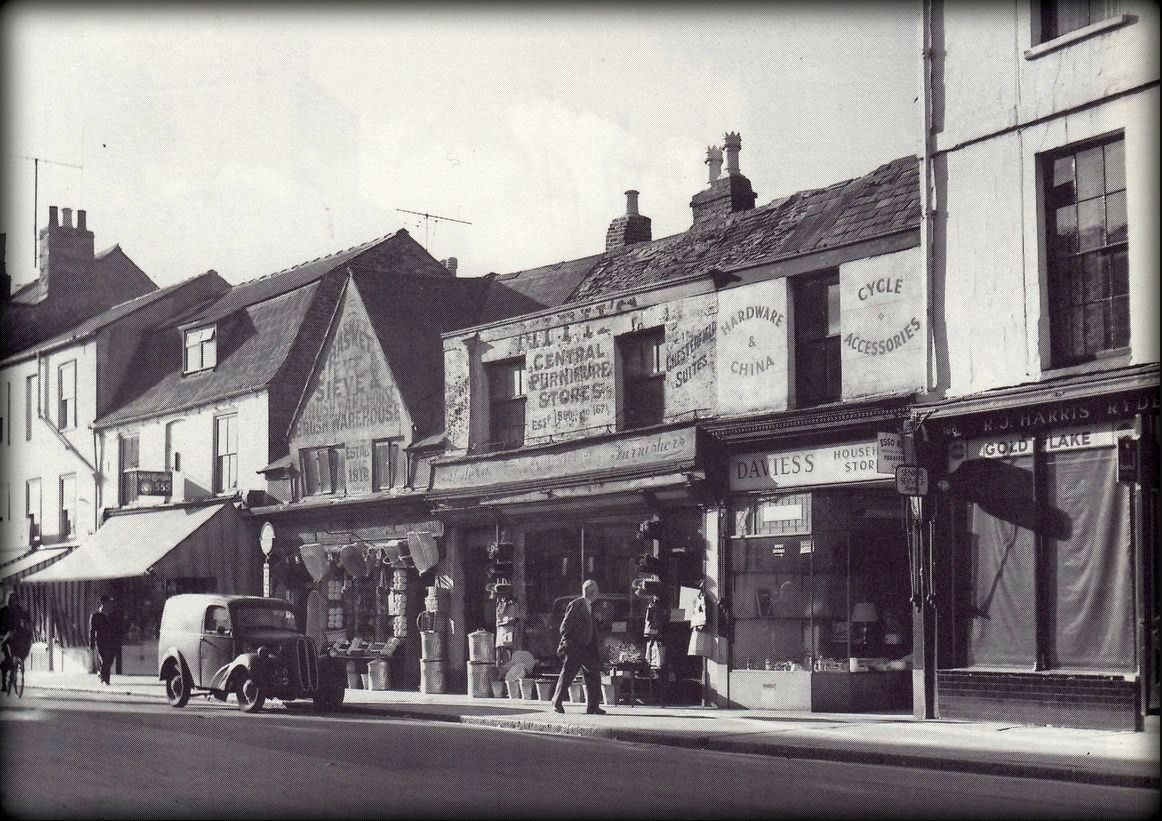 On this day in 1873 Edith Alleyne Ireland, sister of the composer, was born in Bowdon. Always known as Ethel, she remained close to her brother until her death in Provence in 1948. On this day in 1930 Ireland’s symphonic poem, Mai-Dun, was played by the Scottish Orchestra (now the Royal Scottish National Orchestra) in St Andrew’s Halls, Glasgow. The conductor was Vladimir Golschmann. ‘There was only a moderate attendance’.